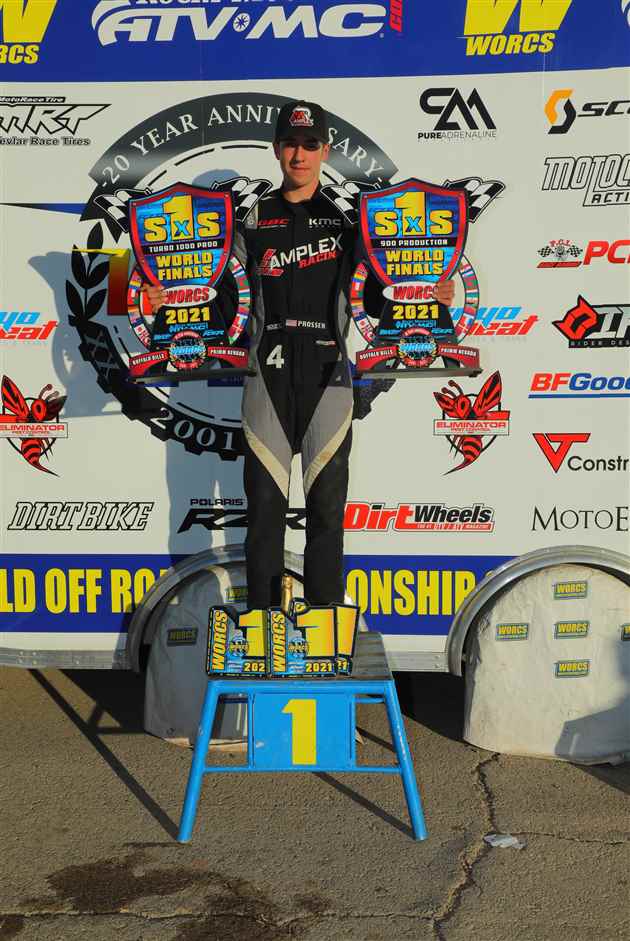 Yorba Linda, CA - Fifteen year-old Ryan Prosser from Yorba Linda came in this weekend to Primm after a UTV World Championship to take home not one class, but two class wins in the 900 Production and 1000 Turbo Production class.

Worc's Championship started out Friday with Pole position qualifying, and Ryan did just that by crushing his competition in the 900 Production class every lap to earn position 1 for Saturday’s race.

Ryan then climbed into his 1000 Turbo Car, and he followed the same leading trend, earning spot two on the starting line for Saturday’s finals.

On Saturday race day 900 Production, Ryan cleared the hole shot with the lead, and he was gone with clear air the complete race to win Round 10 900 Production. Leading into Sunday’s start, 1000 Turbo Production short course race at the hole shot gets in traffic and clears out to end in 5th.

Sunday Round 11 starts out early for the 1000 Turbo production class. In the 5 spot, Ryan took the hole shot in second behind number 8 (Jimmy Walker) out to the long 16-mile desert course stays. He stayed in second behind Walker the duration of the race, passing him after a bad Smokey turn to bring home the first-place win.

Prosser followed his success from the 1000 Turbo Class to the 900 Production class to take the hole shot and went the full 45-minute race with clean air and filling his competition car with mud and dirt along the way!

It was a great weekend to see Ryan Prosser bring home not one, but two Worc’s 2021 Finals Championships in two classes AND a series Championship to make him 2021 Worc’s Final Championship biggest winner.

“I want to thank everyone at Worc’s for a great year of racing with competitive racecourses throughout the season, and for your hard work and dedication each and everyone does at each race to make it safe and fun for all of the racers and teams and families. I want to say a special thank you to my 2021 Pit Crew Members at Amplex Racing, Eric, Sean, Matt, Zach, Dylan, Cheyne, my parents and my sister for the continued support, preparation and execution of each race to bring home the wins,” Ryan said.

He continued, “Shout out to my sponsors for being by my side for 2021. My continued success is from the following: