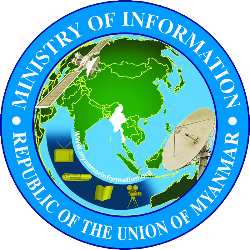 Myanmar Government Approved USD 3.82 Billion in Foreign Investment and USD 651 Million in Domestic Investment in First Year of State Administration Council
NAY PYI TAW, MM, Jan 27, 2022 - (ACN Newswire) - The Myanmar Government said today it has approved USD 3.82 billion equivalent* in foreign investments and USD 651 million equivalent in domestic investments in the first year since the State Administration Council (SAC) took office. The investment commitments underscore confidence in the country's economic potential amid a return to national stability and efforts to increase vaccination rates to contain the COVID-19 pandemic.The Ministry of Information (MOI) and the Ministry of Investment and Foreign Economic Relations (MIFER) released the latest investment figures for the country for the period between 1 February 2021 - when a Proclamation was issued - and 20 January 2022.The SAC was formed on 2 February 2021, a day after the Proclamation was issued after the failure to settle the issue of voter list fraud and malpractices in the 8 November 2020 elections, and to postpone parliament sessions. A state of emergency was declared in accordance with Article 417 of the 2008 Constitution of Myanmar.Despite destruction of public property, attacks on Government personnel and attempts to sabotage the domestic economy by the so-called People's Defense Force - with clear support from foreign elements - the SAC had largely restored national stability by the second half of 2021.Myanmar faced a second crisis, a health pandemic that arose from the outbreak that was first detected in the country in March 2020. However, due to intense efforts to contain COVID-19, schools, universities have reopened, and most commercial activities have resumed in recent months with the vaccination of at least 60% the country's population (above 18 years) to date.The MOI and MIFER said among the 50 domestic (citizens') investments approved in the past year, seven were for projects in the services sector with investment value of USD 427.34 million equivalent and 29 were for manufacturing projects with investment value of USD 74.58 million equivalent. The mining, power and construction sectors also attracted sizeable citizens' investments during this period.Foreign investments approved in the past year included a USD 2.5 billion project to construct a liquefied natural gas (LNG) power plant, the two Ministers said.The People's Republic of China (PRC), apart from being the largest trading partner of Myanmar, is the largest foreign investor in the country. Among the non-PRC foreign investments approved in the past year were one from Japan (USD 516.43 million), four from Singapore (totaling USD 442.20 million), two from Thailand (totaling USD 75.50 million) five from South Korea (totaling USD 66.17 million) and seven from Hong Kong (totaling USD 60.09 million).The Government estimates that the foreign investments over the past year led to the creation of 25,383 new jobs while domestic investments added a further 11,879 new jobs, or a total of 37,262 jobs.Myanmar Government is accelerating efforts to improve trade flows with and investments from countries such as Russia that, until recently, have not been among its leading economic partners. Prior to the pandemic, which curtailed business travel and activities, Myanmar-Russia bilateral trade had increased 30% in FY2019-2020 (November to October) compared to the year earlier.Despite the challenges of the pandemic Myanmar and Russia are actively formulating a Bilateral Strategy for Development of Economic Cooperation. The latter has already led to a first virtual business matching session attended by dozens of business leaders from both countries last September. A second such virtual session will be held on 31 January 2022.The two countries, which signed an Inter-Governmental Joint Commission for Trade and Economic Cooperation in August 2014, plan to hold its third Joint Commission meeting, physically, in Nay Pyi Taw in the near future.Russian corporations have invested USD 94 million in Myanmar, mostly in the oil and gas sector, and the country currently ranks 22nd out of 52 foreign investors. Myanmar Government will support the extension of Russian investment interest to sectors such as mineral processing, solar energy, railway and ICT, aviation, automobiles and tourism."Economic recovery is a major priority as the country recovers from two crises and prepares for multi-party elections to be held by August 2023," said MOI Minister Mr. Maung Maung Ohn and MIFER Minister Mr. Aung Naing Oo in their joint statement."Due to good weather, Government financial support such as concessionary loans, and the relatively low impact of the pandemic compared to other sectors, the agriculture, fisheries and livestock sectors are reporting healthy growth. As workers return to workplaces in the past few months, the influx of new domestic and foreign investments will also contribute to job creation," they said.These factors along with national stability and improved vaccination rates will help Myanmar register a modest economic recovery in 2021-2022 after a single-digit contraction of its Gross Domestic Product in 2020-2021 - which is less dire than forecasts of some international economists."While certain quarters of the international community publicly discourage economic cooperation with Myanmar, the country continues to record substantial trading volume as well as domestic and foreign investments. Many of our foreign partners choose to work quietly with us, fully recognizing Myanmar's economic potential as well as its unique challenges," the two Ministers said."We have shared with foreign partners our efforts to deal with economic sabotage in the form of attempts to boycott Government revenue, shake confidence in financial institutions and destabilise the kyat. Despite these challenges, our Ministries and Government departments have been working diligently away from public glare to increase trade and investment flows," they added. "These efforts have clearly borne fruit and we seek to increase such activities domestically and with foreign partners."* All equivalents based on exchange rate of approximately USD1.0 to 1,771 kyat as at 26 January 2022.Issued by Ministry of Information, Union Government of MyanmarPlease see https://www.moi.gov.mm/moi:eng/announcements/5962Contact mediacontact@e-information.gov.mm or myintkyawmoi@gmail.com.